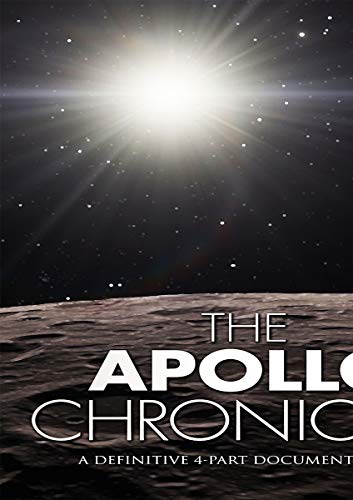 Price: [price_with_discount]
(as of [price_update_date] – Details)

[ad_1]
July 20th, 1969 marks one of the greatest achievements in human history – man’s first step on the Moon. Watched on live television by more than 1 billion people around the globe, Apollo 11 mesmerized the world, leaving a lasting impression on those who witnessed it. But behind this seminal event is a monumental story filled with incredible drama, danger, ingenuity, and emotion. THE APOLLO CHRONICLES tells this story like it has never been told before. Participants, family members, historians, and other experts paint a rich portrait of one of the most fascinating achievements in history. This definitive 4-part documentary provides a full, nuanced understanding of this richly complex tale. In the end, THE APOLLO CHRONICLES is far more than a science story… rather, it is a story about the people, the events, and the obstacles that comprised one of humanities’ greatest triumphs.